Recently, there is a trend in the development of retail digital signage,we call it “disposable digital signage”, I am worried that this will not be environmentally friendly. I believe that you have noticed the retail store shelves with 7 inch display screen that have a red flashing button or motion detector, used to play video, these machines are not connected to the Internet, however, it can also be used as retail digital signage. 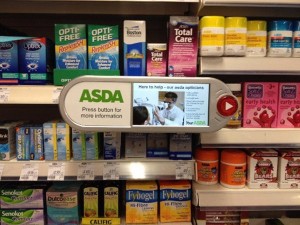 Usually, we using these small displays as a way of promoting its specific product, when the end of promotion (usually three months or less) the rest of the digital signage will be thrown away, if you want to let the machine work again for the next promotion, we need to replace the battery, update the promotion content, but the cost will be higher than the value of the machine itself. So, I’m worried about all things being abandoned in the landfill, and I can’t even imagine how much the impact of the battery on the environment will be.
Digital for disposable digital signage, it is only a small part of it, every time if there are a new product need to be introduced, they are use screen for the display of the product. Now the entire industry is doing all kinds of beautiful store digital signage, although some are permanent, but many are seasonal and temporary, after running out, it will be thrown away.
One of the famous retailers said, “half of the money we spent on advertising is wasted, the problem is, what is the waste of this money, we are not clear” To tell the truth, because of transportation wear or ordered the wrong size or shape, about 50% of the store display screen thrown to the trash before put on the shelves, this situation has continued for many years, we do not know how to solve.
Shops have been accustomed to using such a way “out of the shelves” to show up the goods, consumers also accept such a behavior, we can only say that the digital to catch up with a traditional sales methods.
It would be a good start if some retailers with eco environmental awareness insisted that their suppliers recycle the electronic devices, but we don’t know how to do to motivate the supplier to implement this thing. In the absence of legislation, the best solution is to establish a committee in the industry, provide some opportunity for members to practice, so that the company knows how to become more “environmentally friendly”.
However, the situation of disposable digital signage, not only in-store display, but the digital small manual, and I have even seen the video when you open the cap. Again to remind you that these technologies are very cheap, but it is a one-time.
In order to install permanent “network digital signage “, most LCD manufacturers have switched from CCFT backlight (cold cathode fluorescent tube) to LED backlight to consume less power, this change even allows for the power supply wire screen on some ethernet. There is a low energy consumption of the screen, of course, for businesses, is useful. However, the rate of use the LCD screen and LED screen has been rise, for example, the Westfield Mall property at the site of the World Trade Center shopping, the LED video wall is not a low energy consumption, but its amazing performance can attract your attention. This is an immersive experience that all photo frame accurate synchronization. 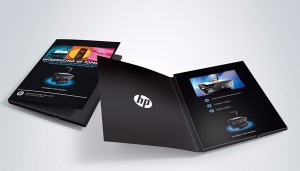 For digital signage, the most wise of ecological idea, we did not cut down a lot of trees and discarded vinyl posters to the garbage dump as we in the printing and making indoor signs for so many years, most of the waste is outdoor billboards. However, if we change the sign on the highway for the LED board, the outdoor industry will not only get high returns, but also greatly reduce the failure to recycle the waste of vinyl signs.
Recently, the OAAA make their bag by old vinyl for the show. During the Katrina typhoon, OAAA members donated a large number of vinyl brand affected by the hurricane, used to make people’s family’s waterproof cloth. At least we can pick out some before sending to the garbage dump.