Montreal’s Newad has announced plans to grow into what would be one of the largest digital OOH networks in Canada, with a goal of 4,000 digital ad boards switched on by the end of 2016. That announcement comes several weeks after Newad acquired the majority of Zoom Media’s major networks in Canada.

“The advertising industry is seeing a general lack of interest for traditional television, particularly among young adults,” says Michael Reha, President and CEO of Newad. “The web remains relevant, but more and more people are using AdBlock to avoid ads. Indoor digital advertising is superior because ads appear in a captive environment—consumers can’t change the channel, ad block it, or avoid it. That’s why digital solutions work, and it’s why advertisers benefit from using them to attract the attention of their consumers, who are becoming increasingly difficult to reach.” 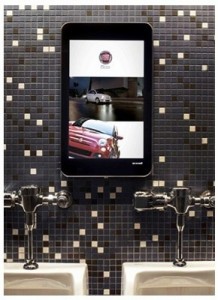 In a news release, the company suggests it will focus on the ad experience and stay away from novelty efforts, presumably referring to things like gesture-based advertising.

“We don’t sell digital gadgets. Our goal, first and foremost, is to add value to brands and promote them. Our digital boards are not only cutting edge, but they’re also tools, springboards to stimulate the creativity of advertisers. We won’t activate devices or other peripherals that serve only to distract consumers from the real message,” says Brian Wyatt, Executive Vice President, Client Relations & Business Development at Newad.

“With the integration of beacons and augmented reality applications such as Blippar, our digital solutions already enable us to create interactive experiences between smartphones and digital boards. Over the next few years, digital boards will be able to generate personalized ads using individual consumer’s profiles,” adds Wyatt.

The company says adding another 4,000 ad boards, to get to that 4,000 target, represents a total investment of $3.5 million.