Solutions Drawn For Those Mistakes Of Electronic Photo Frame

No matter how many pictures you take and post on your social networking sites like Facebook, twitter or instagram. Majority of your pictures will be saved in your hard drives or pen drives or in your personal computers. So, what is the best way to show case them? There was a way long ago, where the pictures are stored as stilled image in a photo frames. At that time, there were no mobile phones which have the best cameras. Practically speaking, the camera on these days mobile phones are quite equal to those of that generation’s cameras. So, there were very less pictures. But considering the generation of selfie, according to a survey, a person takes at least 2 pictures a day which results to minimum of 60 pictures every month.

If he/she went for a trip, then there will be too many pictures to handle. So, to level the generation’s technology, electronic photo frame came and hit the screen. These frames can usually display the pictures of yours. You can surely go for more than 10 pictures and display them on this electronic photo frames. It actually works as a slide show of your pictures; so that you do not have to buy separate photo frames for every picture you think the best of yours. This thing will help you to save your money. Being an electronic gadget, it can have downsides. But yes! There will be answers to every question the world throws to the technology. The main problems which are listed by the customers of electronic photo frames are: 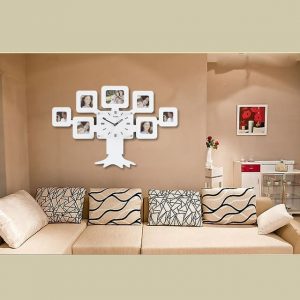 Pixilated or boxy images on the digital photo frames:

The resolution of the screen is main important thing to look when you buy a new electronic photo frame. But few of the digital photo frames with higher resolution lagged a bit producing the best quality images. But the one product stood tall in the market with the greater resolutions and good quality images, i.e. It produces a resolution of 160 pixels per inch which is as good as the first generation of ipad. The pictures come out very clear and crispy. These days, the entry level digital photo frames are producing good level of pictures with bright and crispy. 8 inch Mica M808Z which is costs much less than the other edge, has a resolution of 125 pixels per inch. It doesn’t have the best features like that of the edge but has a decent clarity while viewed it from front. They say it is the best buy for your desk to display you pictures.

The technology moved front with enabling the digital photo frames with Wi-Fi and some connectivity features. Killing the downsides of inserting the pen drive or a memory card to the frames, now, one can transfer their pictures and stuff wireless, and you can directly transfer from your computer to the photo frame. Here, again the edge is undefeated champion in its segment. It can upload pictures directly from the photo frames to your email addresses or any of your social networking account. One can change the sequence of the photos you have uploaded to the photo frames. Cloud storage provides 10 GB of free upload and the settings it has proves it as the best photo frames for any families.

Odd Cropping of the photo:

While setting the photo frame, do not go for different types of transition effects it offers, instead search and set the basic transition effect to default. And the transition time to 30 minutes instead of 30 seconds on your frame, in a pc or a laptop slideshow of 30seconds will help you to watch the pictures in a quick succession. Though the order of your pictures changes, but it is not an issue to few people. 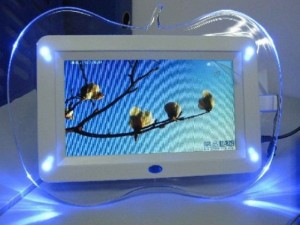 Even the little digital photo frame looks gadgets style. But buying the slimmer and beautiful models, this problem can be solved. Many of the photo frames comes with a mat finish to the bezels, but only few in the market which are thin are found bezels free. The most beautiful looks come when the bezels are less or for those digital frames which are bezels free. The mat finish consists of wood type or the ancient type of photo frames which can give the photo frame a rich look though.