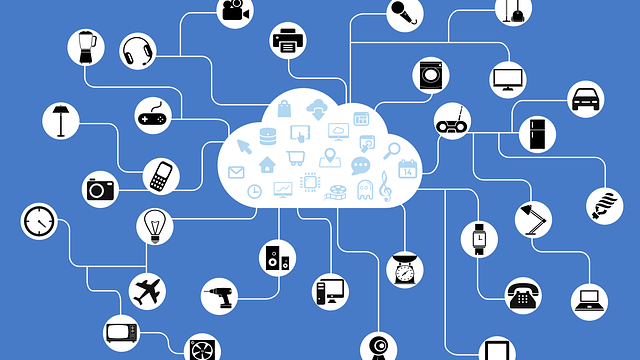 To define IOT as intelligent interaction between humans and things, the exchange of data is very easy, but to evaluate how and where to play IOT,  what should play, it is a little more difficult within retail customer experience.
Some industry experts think that IOT remains in a hype stage, but haven’t had grabbing obvious traction, as some companies are making a boast of billions of connections.
“It’s happening swiftly, however, it’s a hype,” said Jessica Groopman, who is the independent industry analyst and IOT avisor. Groopman was one of the members of three groups, discussing the IOT applications in real-life during Networld Media Group’s CONNECT Mobile Innovation Summit which held last month in Chicago.
The group in the session was moderated by Trey Courtney who is Mood Media senior VP, product management and delivery, included Kevin Meagher, ROC-Connect’s senior VP of business development, Aaron Noveshen, the one who launched a new quick service concept in May this year, and Starbird, the founder and president of The Culinary Edge.
“ Due to the traction picked up by artificial intelligence and machine learning, IOT still need to put into the mainstream,” noted Groopman. She referred to some interesting statistics: some places connected devices between 50 billion and 200 billion in play, in the future, the ordinary consumers will be taking part in 9 to 23 devices. For now the average is about 3 devices per person.
But Meagher didn’t completely agree on Groopman’s hype point.
With comparing the advent of IOT and mobile phone, “ We don’t realize that the big game-changer happening and spreading to daily things,” he said.
“Consumer’s expectation not only have all devices connected will drive adoption, but also the launch of meaningful services,” he said.
In the field of food service, IOT can be a distinguisher, noted Noveshen, as it could finally replace the drive-thru option and all the anxiety occurred by drive-thru ordering experience.
He noted: “This is why Starbird is trying to eliminate, Starbucks is doing well with its easy App and capabilities of order ahead.”
Groopman thinks the value of IOT is higher for companies and organizations in the hospitality and retail industry than for end users.
She said : “We have to improve the value on consumer side, but that will need some time,” noted Meagher.
He said : “It needs to be wrapped in something valuable,” “no one has hit a home run. We’re just at the tip of the iceberg,” he added.
Meagher, is the person who led the IOT charge for LOWES several yeas ago describes that IOT today as the beginning of avalanche.
He said: “ As it push out it will be adopting with smartphone through the same barriers, and there will happen some serious casualties.”
The group referred to several IOT strategies which play successful, for example, Amazon and its focus on smart home, Lowe and its big investment and automotive industry with connected cars. Groopman also referred to Disney as a successful IOT.
She acknowledge: “They are doing a lot of right things, but for it’s deep pockets,” The key of Disney is its strategy being all about the consumer and the journey, she added.
She said: “It is making use of information to optimize workflow, handle and set up an experience which will be driving loyalty.”
Noveshen pointed out that kind of consumer value is the key for successful IOT.
He said: “anything affects your emotions(for example home security) is really a good value and a game changer,” His point was repeated by Meagher.
He said: “ It’s about a peace of mind,” and pointed out that is why home security has been an early planting ground for IOT technology.
With regarding to some challenges ahead for IOT applications, including some misconceptions. One of them is, it is a huge technology which really hard to deploy.
But those are not problems, according to the group of experts.
Meagher said:“ The problem today is commercial model.” Groopman agreed and pointed out that the problem of technology is much less hurdles than a few years ago.
She said:“ for now it is much more evolution than revolution, how we solve problem would be nothing to do with competitors.”